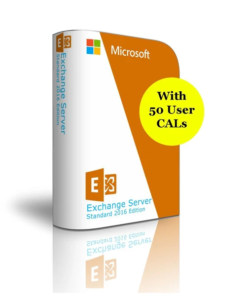 Microsoft Exchange 2016 Server – Standard Edition 64 Bit.  New, unopened, still shrink-wrapped Complete With 50 User CAL License. Please note for any type of Microsoft Audit or HIPAA Compliance you only need proof of purchase. Simply ask us for your official receipt/invoice for any future inquires.   Getting the correct…

All good
Everything work as excepted I had no issues and will always be a costumer in the futu...
Randy Griess

Good value
Everything worked perfectly and I saved a ton of money.
Tony Chavana

Ok so far
Ok so far I hope I received a full version of the software.
Drhop

excellent
the service was fast and reliable thanks guys i will buy again !
jose A

Our license is Global, it can be used and activated on any local language.

Our license can be installed and used on both type of installation 32Bit and 64Bit respectably.

You can activate your System using Online activation in matter of minutes.

You will receive your license within 10 Minutes, it will be delivered to email address used when purchasing software

Our license is Global, it can be used and activated anywhere in the world.

You will be provided with official download links for the software you purchase.

Microsoft Exchange 2016 Server – Standard Edition 64 Bit.
New, unopened, still shrink-wrapped
Complete With 50 User CAL License.
Please note for any type of Microsoft Audit or HIPAA Compliance you only need proof of purchase. Simply ask us for your official receipt/invoice for any future inquires.
Getting the correct Microsoft Product to fit your needs can be tricky and confusing. Please ask any and all questions before purchase. For immediate assistance and support please just ask us.
The new Microsoft Exchange 2016 Server:
Exchange Server 2016 will ship with just two server roles:
Mailbox server role – this role will consolidate the Mailbox and Client Access roles from Exchange Server 2013. Compared to Exchange Server 2010 this role consolidates all of the functions of the Client Access, Mailbox, Hub Transport, and Unified Messaging server roles. The Mailbox server role in Exchange Server 2016 is the only mandatory server role, and the consolidation reinforces the recommended practice since Exchange Server 2010 to deploy Exchange as a multi-role server instead of deploying individual roles to separate servers.
Edge Transport server role – this role will be much the same as Edge Transport in previous versions of Exchange, designed to sit in perimeter networks and provide secure inbound and outbound mail flow for the organization.
DIFFERENCE BETWEEN THE STANDARD AND ENTERPRISE EDITIONS
For Exchange Server 2016 there are two editions of the server product itself, and there is only one difference between them which is the number of mounted databases per server.
Exchange 2016 Server Standard Edition – maximum of 5 mounted databases per server
Exchange 2016 Server Enterprise Edition – maximum of 100 mounted databases per server
Microsoft’s definition of a “mounted database” is:
“A mounted database can be an active mailbox database that is mounted for use by clients, or a passive mailbox database that is mounted in recovery for log replication and replay. While you can create more databases than the limits described above, you can only mount the maximum number specified above. The recovery database does not count towards this limit.”
EXCHANGE SERVER 2016 HIGH AVAILABILITY
The Database Availability Group (DAG) remains the high availability model for back-end components (databases), and load balancing for the client-facing endpoints (for services such as Outlook Anywhere, Outlook Web App, ActiveSync, Exchange Web Services, etc).
There are many changes under the hood that improve the performance, stability and functionality of Exchange in HA deployments. Included in RTM:
DAGs will be created without an IP address and administrative access point by default.
Replay Lag Manager will be enabled by default.
Database failover times are reduced by 33% compared to Exchange Server 2013.
EXCHANGE 2016 Server CONNECTIVITY AND INTEGRATION
MAPI-over-HTTP was introduced in Exchange Server 2013 although it was disabled by default. In Exchange Server 2016 MAPI-over-HTTP is being prioritzed as the Outlook client connectivity protocol and RPC-over-HTTP is now de-emphasised, indicating it will be phased out in future versions of Exchange.
Mobile connectivity gets some sync and calender improvements with a newActiveSync version 16 rolling out in Exchange Online and planned to be included with Exchange Server 2016. Also included in the new release:
Integration with Office Web Apps Server for document preview and editing capabilities in OWA.
REST APIs for mail, calendar and contacts (first introduced in Office 365) will be available in Exchange Server 2016 in a later Cumulative Update.
DEPLOYING EXCHANGE SERVER 2016
The current system requirements for Exchange Server 2016 include:
Windows Server 2008 R2 or higher domain controllers and global catalog servers
Windows Server 2008 R2 or higher domain and forest functional levels
Windows Server 2012 R2 or higher operating system (Windows Server “10” support is expected but can’t be formalised until it ships as well)
Co-existence with Exchange Server 2010 SP3 RU11 and Exchange Server 2013 CU11 (neither of which are released yet)
ALWAYS ON
Exchange Server 2016 helps to ensure your communications are always available while you remain in control.
The Exchange building block model simplifies deployments at all scales, standardizes high availability and client load balancing, and improves cross-version interoperability.
Enjoy more uptime through faster failover times and support for multiple databases per volume.
A built-in monitoring and managed availability solution provides self-healing features to automatically recover from failures.
Simplified load-balancing options improve flexibility and scale even while reducing cost.
Reduce storage costs by using larger, less expensive disks.
SECURE AND COMPLIANT
Get integrated functionality that eases regulatory compliance and reduces discovery cost.
Data Loss Prevention (DLP) capabilities prevent users from mistakenly sending sensitive information to unauthorized people, while informing them of internal compliance policies.
Keep all your important data in one place by giving users an In-Place Archive with a native, well-integrated user experience.
Run In-Place eDiscovery across Exchange, SharePoint, and Lync data from a single interface through the eDiscovery Center.
Mobile device policies let you create approved mobile device lists, enforce PIN lock, and remove confidential company data from lost phones.
EASY TO DEPLOY AND MAINTAIN
Exchange Server 2016 offers flexible deployment options and helps decrease the amount of time spent managing your messaging systems.
Simplify deployment with custom instructions for installing or upgrading to Exchange.
Manage your organization efficiently with the Exchange Administration Center, an easy-to-use, web-based interface.
Delegate permissions to specialist users based on job function, such as eDiscovery for compliance officers, without giving them access to the entire Exchange management interface.
Move to the cloud on your terms with full deployment flexibility—whether on-premises, in the cloud, or a hybrid combination of the two.
Please notice: Picture 1 is promotional only, picture 2 and 3 are actual photos of the item.
Thanks for considering Exchange 2016 Server Standard.

There are no reviews yet.

Is ordering online from bestdigitalsproducts.com safe?

Yes. Our website is 128-bit SSL encrypted throughout the entire website.  This is industry standard for secure online ordering. Always make sure to look for the green url bar and the lock or key icon on your browser when you are checking out (location and format differ depending on what browser you are using). This indicates you are viewing a secure, encrypted page

CD or DVD disc is not included in the purchase. Software installer is downloaded through cloud-storage either through manufacturer or verified & secure third party links.
Is your software legitimate?

Is your software legitimate?

How do I uninstall old versions of software?

How can I be sure that my copy of Microsoft software is legitimate?

We encourage all our customer to redeem and register their email address with their Microsoft Product key via Microsoft online or telephone activation with MS directly.

Yes we sell only full versions of software.

When will I receive the purchased software?

All software is delivered digitally. This means right after purchase you will be provided with a key code and download link (if needed).  Please allow up to 6 hours to receive the product however in the majority of cases the software will be delivered within an hour.

Do I need to create an account to purchase?

No creating an account is optional.  You may checkout as a guest also.

What if I cannot find any info about recent order?

After successful payment you will receive payment confirmation email. NOTE: Some people have trouble receiving our e-mails because automated messages often end up in spam or junk folders or are blocked by ISP’s. In that case, please try to check the SPAM, BULK folders, etc in your email-box.

What if something goes wrong? Will I be able to get a refund?

In the case of unsolvable problems with a software and if our support team will be unable to help, you can get a refund or replacement software (up to you which product to choose as replacement)!

How can you sell the software at such low prices?

We work with large volumes from our suppliers to get the lowest rate possible and can afford to offer our valued customers with greater software discount.

Is there any additional charges for software?

No all softwares are one time payment only and for permanent use.

Can I buy 1 (one) licensed software and install on multiple computer?

OEM and Retail software licenses are generally designed to install and activate on 1(one) computer only, unless you have purchased a multi-license.

When items go out of stock, how long does it take for you to get new items in?

We strive to keep the volume of our inventory sufficient. In events that we ran out of stock for a particular software, we will try our very best to inform our customers immediately and re-supply our stock to fulfill the order commitment.

Can you supply software in volume or bulk orders?

Purchases requiring big volumes can be arranged by contacting us directly via Email, Live Chat, or phone.  Provide us your contact information so we may send you a proper quotation of your product of interest. 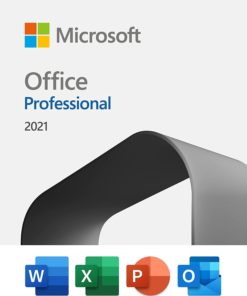 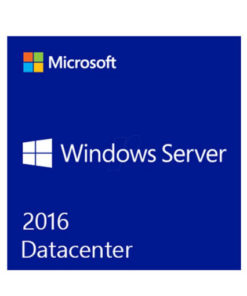 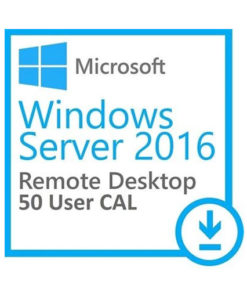 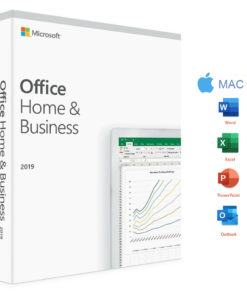 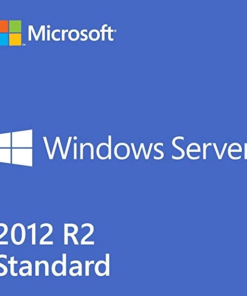 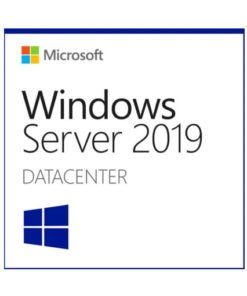 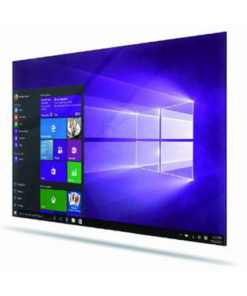